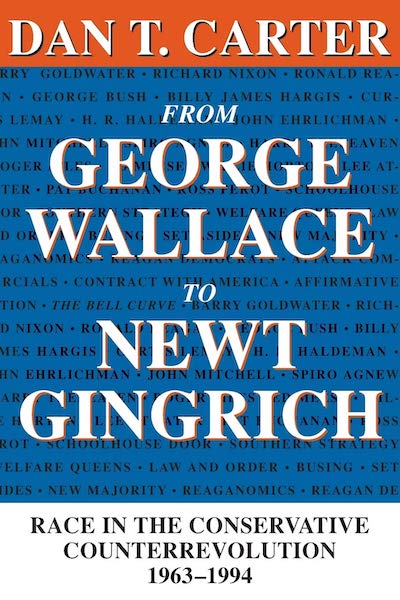 In this penetrating survey of the last three decades, Dan T. Carter examines race as an issue in presidential politics. Drawing on his broad knowledge of recent political history, he traces the “counterrevolutionary” response to the civil rights movement since Wallace’s emergence on the national scene in 1963, and detects a gradual intersection of racial and economic conservatism in the coalition that re-shaped American politics from the 1970s through the mid-1990s. Concise yet replete with insight, wit, and often-amusing, always-telling anecdotes, this timely, timeless book is an uncommon blend of important and enjoyable reading.