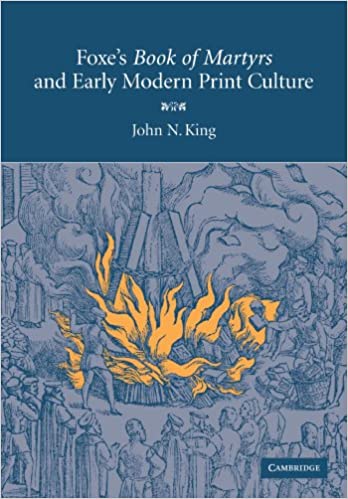 This book was first published in 2006. Second only to the Bible and Book of Common Prayer, John Foxe's Acts and Monuments, known as the Book of Martyrs, was the most influential book published in England during the sixteenth and seventeenth centuries. The most complex and best-illustrated English book of its time, it recounted in detail the experiences of hundreds of people who were burned alive for their religious beliefs. John N. King offers the most comprehensive investigation yet of the compilation, printing, publication, illustration, and reception of the Book of Martyrs. He charts its reception across different editions by learned and unlearned, sympathetic and antagonistic readers. The many illustrations included here introduce readers to the visual features of early printed books and general printing practices both in England and continental Europe, and enhance this important contribution to early modern literary studies, cultural and religious history, and the history of the Book.