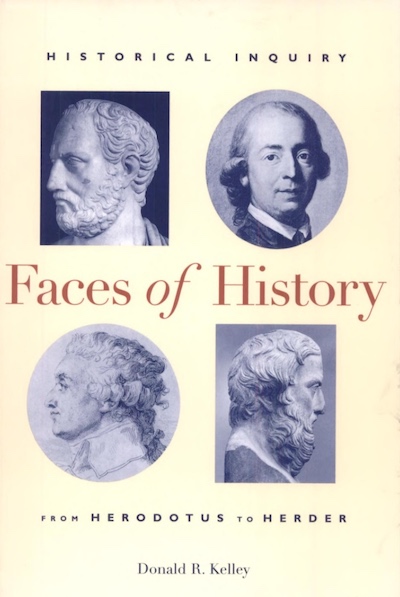 In this book, one of the world’s leading intellectual historians offers a critical survey of Western historical thought and writing from the pre-classical era to the late eighteenth century. Donald R. Kelley focuses on persistent themes and methodology, including questions of myth, national origins, chronology, language, literary forms, rhetoric, translation, historical method and criticism, theory and practice of interpretation, cultural studies, philosophy of history, and "historicism."

Kelley begins by analyzing the dual tradition established by the foundational works of Greek historiography—Herodotus’s broad cultural and antiquarian inquiry and the contrasting model of Thucydides’ contemporary political and analytical narrative. He then examines the many variations on and departures from these themes produced in writings from Greek, Roman, Jewish, and Christian antiquity, in medieval chronicles, in national histories and revisions of history during the Renaissance and Reformation, and in the rise of erudite and enlightened history in the seventeenth and eighteenth centuries. Throughout, Kelley discusses how later historians viewed their predecessors, including both supporters and detractors of the authors in question.

The book, which is a companion volume to Kelley’s highly praised anthology Versions of History from Antiquity to the Enlightenment, will be a valuable resource for scholars and students interested in interpretations of the past.