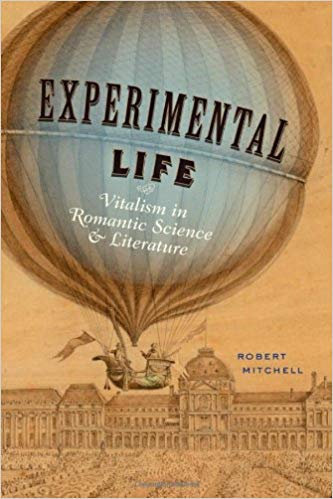 Experimental Life establishes the multiple ways in which Romantic authors appropriated the notion of experimentation from the natural sciences.

If the objective of the Romantic movement was nothing less than to redefine the meaning of life itself, what role did experiments play in this movement? While earlier scholarship has established both the importance of science generally and vitalism specifically, with regard to Romanticism no study has investigated what it meant for artists to experiment and how those experiments related to their interest in the concept of life.

Robert Mitchell navigates complex conceptual arenas such as network theory, gift exchange, paranoia, and biomedia and introduces new concepts, such as cryptogamia, chylopoietic discourse, trance-plantation, and the poetics of suspension. As a result, Experimental Life is a wide-ranging summation and extension of the current state of literary studies, the history of science, cultural critique, and theory.