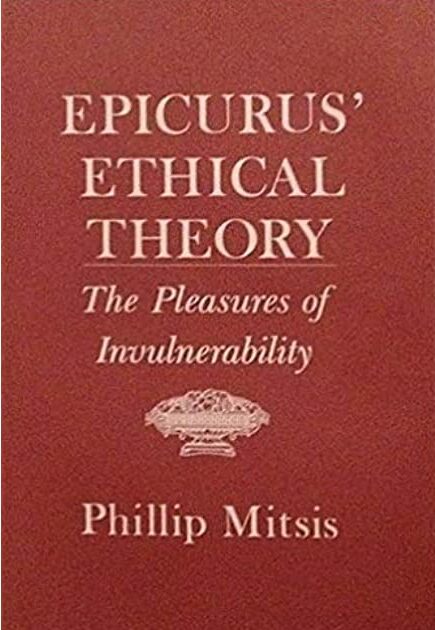 The ethical theory of the Greek philosopher Epicurus (341–271 B.C.) is commonly taken to be narrowly egoistic, and there is ample evidence in his writings to support this view―for example, in his maxims on friendship, his emphasis on the utility of friends, and his continual effort to link friendship and pleasure. By means of a comprehensive and penetrating examination of the main elements of Epicurean ethics, Phillip Mitsis forces us to reevaluate this widely misunderstood figure in the history of philosophy.

Measuring Epicurean doctrines against both their ancient and modern alternatives, Mitsis argues that Epicurus' hedonism, when properly understood in its original philosophical context, is a nuanced and significant ethical option. He shows that Epicurus perceived, and brought forward in his writings, a series of conflicts between rival, though individually well founded, claims. Epicurus was ultimately unable to resolve these conflicts, Mitsis says, and therefore the Epicurean "system" cannot be regarded as a consistent whole.

Looking closely at the surviving ancient evidence, Mitsis reconstructs the wider theoretical framework underpinning particular Epicurean arguments and proposes new interpretations of Epicurus' accounts of pleasure, human action and responsibility, the virtues, and altruism. Woven through the exposition and criticism of Epicurean positions are illuminating references to later moral philosophers, from Hobbes and Mill to contemporary thinkers.