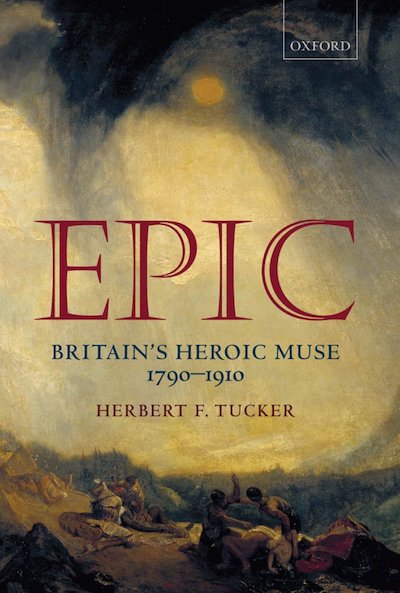 This book is the first to provide a connected history of epic poetry in Britain between the French Revolution and the First World War. Although epic is widely held to have been shouldered aside by the novel, if not invalidated in advance by modernity, in fact the genre was practiced without interruption across the long nineteenth century by nearly every prominent Romantic and Victorian poet, and shoals of ambitious poetasters into the bargain. Poets kept the epic alive by revising its conventions to meet an overlapping series of changing realities: insurgent democracy, Napoleonic war, the rise of class consciousness and repeated reform of the franchise, challenges posed by scientific advance to religious belief and cherished notions of the human, the evolution of a postnationalist and eventually imperialist identity for Britain as the world's superpower. Each of these developments called on nineteenth-century epic to do what the genre had always done: affirm the unity of its sponsoring culture through a large utterance that both acknowledged the distinctive flowering of the modern and affirmed its rootedness in tradition. The best writers answered this call by figuring Britain's self-renewal and the genre's as versions of one another. In passing Herbert Tucker notices scores of mediocre congeners (and worse), so as to show where the challenge of a given decade fell and suggest what lay at stake. The background these lesser works provide throws into relief what the book stresses in extended discussions of several dozen major works: an unbroken history of daring experimentation in which circumspect, inventive, worried epoists engaged because the genre and the age alike demanded it.