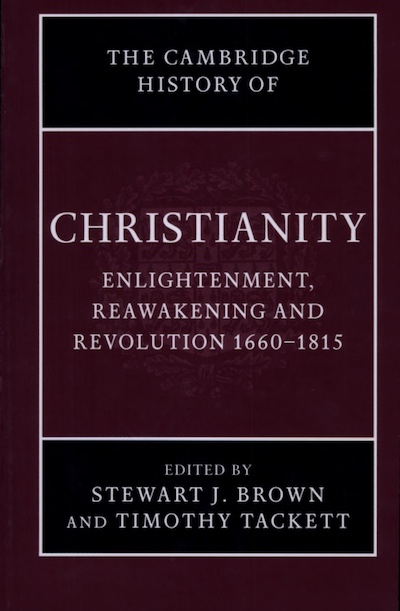 During the tumultuous period of world history from 1660 to 1815, three complex movements combined to bring a fundamental cultural reorientation to Europe and North America, and ultimately to the wider world. The Enlightenment transformed views of nature and of the human capacity to master nature. The religious reawakenings brought a revival of heart-felt, experiential Christianity. Finally revolution, the political and social upheavals of the late eighteenth and early nineteenth centuries, challenged established ideas of divine-right monarchies and divinely ordained social hierarchies, and promoted more democratic government, notions of human rights and religious toleration. A new religious climate emerged, in which people were more likely to look to their own feelings and experiences for the basis of their faith. During this same period, Christianity spread widely around the world as a result of colonialism and missions, and responded in diverse ways to its encounters with other cultures and religious traditions.