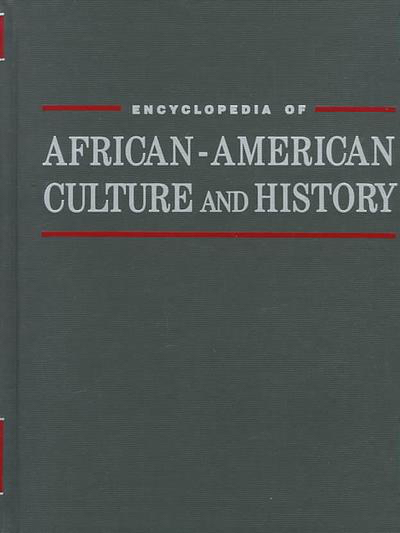 The black experience in America has been one of pain, struggle, and perseverance, placed against a backdrop of cultural identity that would not be beaten down or eradicated in the face of adversity. Born of this combination of effort and identity and shaped by experience is the African-American, whose resultant cultural identity and history has for far too long remained only partly defined and incompletely documented. Filling this void, at last, is The Encyclopedia of African-American Culture and History -- an authoritative, five volume work dealing with all aspects of the African-American experience from 1619 to the present day. With over 2,300 entries, 2,500 pages, and more than 1,000 photographs, maps, and charts, the Encyclopedia encompasses a broad range of topics in an effort to fully define in one source both the cultural roots and the current condition of the African-American community.