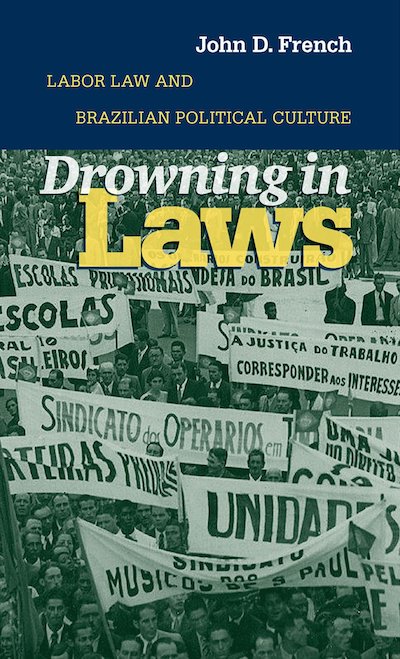 Since 1943, the lives of Brazilian working people and their employers have been governed by the Consolidation of Labor Laws (CLT). Seen as the end of an exclusively repressive approach, the CLT was long hailed as one of the world's most advanced bodies of social legislation. In Drowning in Laws, John D. French examines the juridical origins of the CLT and the role it played in the cultural and political formation of the Brazilian working class.

Focusing on the relatively open political era known as the Populist Republic of 1945 to 1964, French illustrates the glaring contrast between the generosity of the CLT's legal promises and the meager justice meted out in workplaces, government ministries, and labor courts. He argues that the law, from the outset, was more an ideal than a set of enforceable regulations--there was no intention on the part of leaders and bureaucrats to actually practice what was promised, yet workers seized on the CLT's utopian premises while attacking its systemic flaws. In the end, French says, the labor laws became "real" in the workplace only to the extent that workers struggled to turn the imaginary ideal into reality.