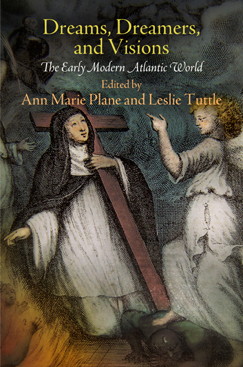 In Europe and North and South America during the early modern period, people believed that their dreams might be, variously, messages from God, the machinations of demons, visits from the dead, or visions of the future. Interpreting their dreams in much the same ways as their ancient and medieval forebears had done—and often using the dream-guides their predecessors had written—dreamers rejoiced in heralds of good fortune and consulted physicians, clerics, or practitioners of magic when their visions waxed ominous. Dreams, Dreamers, and Visions traces the role of dreams and related visionary experiences in the cultures within the Atlantic world from the late thirteenth to early seventeenth centuries, examining an era of cultural encounters and transitions through this unique lens. In the wake of Reformation-era battles over religious authority and colonial expansion into Asia, Africa, and the Americas, questions about truth and knowledge became particularly urgent and debate over the meaning and reliability of dreams became all the more relevant. Exploring both indigenous and European methods of understanding dream phenomena, this volume argues that visions were central to struggles over spiritual and political authority. Featuring eleven original essays, Dreams, Dreamers, and Visions explores the ways in which reports and interpretations of dreams played a significant role in reflecting cultural shifts and structuring historic change.