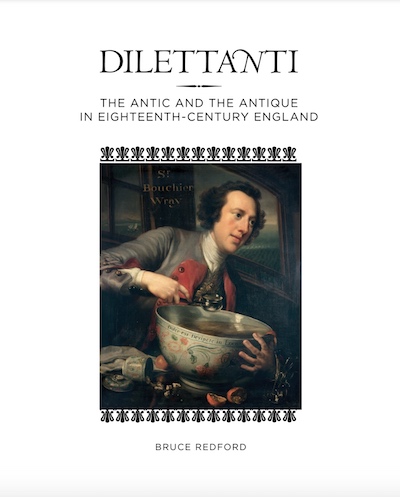 Bruce Redford re-creates the vibrant culture of connoisseurship in Enlightenment England by investigating the multifaceted activities and achievements of the Society of Dilettani. Elegantly and wittily he dissects the British connoisseurs whose expeditions, collections, and publications laid the groundwork for the Neoclassical revival and for the scholarly study of Graeco-Roman antiquity.

After the foundation of the society in 1732, the Dilettanti commissioned portraits of the members. Including a striking group of mock-classical and mock-religious representations, these portraits were painted by George Knapton, Sir Joshua Reynolds, and Sir Thomas Lawrence.

During the second half of the century, the society's expeditions to the Levant yielded a series of pioneering architectural folios, beginning with the first volume The Antiquities of Athens in 1762. These monumental volumes aspired to empirical exactitude in text and image alike. They prepared the way for Specimens of Antient Sculpture (1809), which combines the didactic (detailed investigations into technique, condition, restoration, and provenance) with the connoisseurial (plates that bring the illustration of ancient sculpture to new artistic heights).

The Society of Dilettanti's projects and publications exemplify the Enlightenment ideal of the gentleman amateur, which is linked in turn to a culture of wide-ranging curiosity.