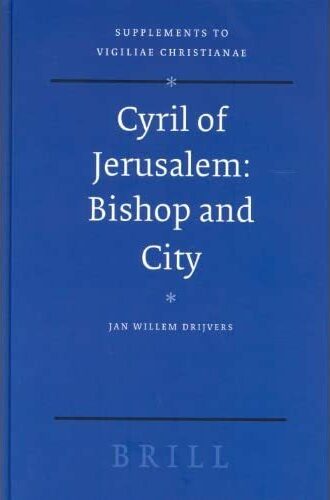 This volume deals with the episcopate of Cyril of Jerusalem (350 to 387). Its overall theme is the relationship between the city and its bishop and, in particular, Cyril’s efforts to promote Jerusalem as the Christian city par excellence, by employing Jerusalem’s religious symbols - the holy sites and the Cross. Apart from chapters on Jerusalem in the fourth century C.E. and on the life and works of Cyril, this study discusses important aspects and events of Cyril's episcopacy, such as his pastoral work as an urban bishop of the Jerusalem Christian community, Jerusalem’s liturgy, the rebuilding of the Temple, giving a re-interpretation of the Syriac letter ascribed to Cyril about this event, and Jerusalem’s and Palestine’s religious landscape.