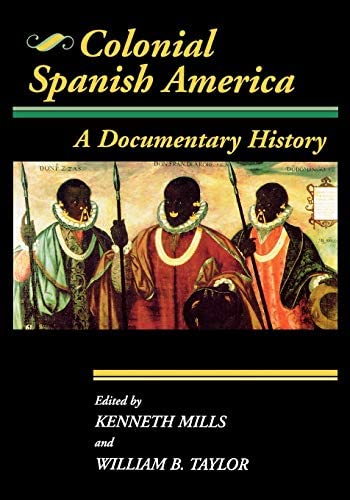 Colonial Spanish America is a book of readings about people—people from different worlds who came together to form a society by chance and by design in the years after 1492. The book is meant to enrich, not repeat, the work of existing texts on this period, and its focus on people makes it stand out from other books that have concentrated on the political and economic aspects of the culture. This text provides a detailed look at the cultural development of colonial Latin America using readings, documents, historical analysis, and visual materials, including photographs, drawings, and paintings. The book makes interesting and exciting use of the illustrations and documents, which show social changes, puzzling developments, and the experience of living in the colonial society.

Religion and society are the integral themes of Colonial Spanish America. Religion becomes the nexus for much of what has been treated as political, social, economic, and cultural history during this period. Society is just as inclusive, allowing the reader to meet a variety of individuals-not faceless social groups. While some familiar faces and voices are included-namely those of Spanish conquerors, chroniclers, and missionaries-other, less familiar points of view complement and complicate the better-known narratives of this history. In treating Iberia and America, before as well as after their meeting, apparent contradictions emerge as opportunities for understanding; different perspectives become prompts for wider discussion.