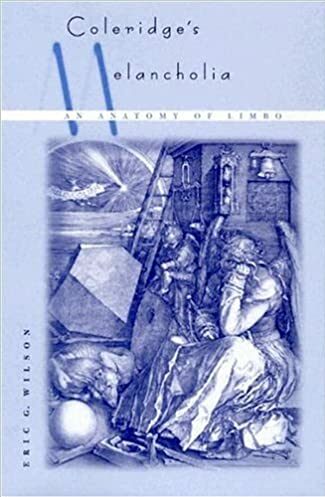 This lively intellectual biography of the second half of Coleridge's life argues that the poet, in his mature work, reveals a brilliant though troubled genius for conveying the ambiguities of psychological limbo.

Asserting that the later poetry is the key element of Coleridge's career, Eric G. Wilson proposes that this period of work reflects the poet's ability to imagine and dissect both sides of life's grand antagonisms--many and one, body and soul, fact and dream, flux and permanence. Trapped in a vague region between equally troubled and opposite states, the older Coleridge felt chronically incomplete, confused, dissatisfied. Yet, Wilson writes, this melancholy state brought him to the curious frontier where one achieves double vision, the capacity to perceive two sides of the world at once. Although this double refraction kept Coleridge from finding peace, Wilson contends that the psychic limbo became a muse--an inspiration to complete works on the impossibility of completion.

In revealing the virtues of Coleridge's gloom, Wilson reassesses the trajectory of Coleridge's poetic career and discovers affinities between Coleridge and later Romantics who often criticized him. As a psychologist of limbo, Coleridge tests the spirit of Byron's meditations on the ruins of history and of Keats' broodings over the rifts between fact and fantasy. Wilson also finds a new place for Coleridge in the history of ideas, positioning him as an anxious precursor of Kierkegaard's dread and the abyss of Nietzsche, and offers a well-structured analysis of Coleridge's intellectual development in his later years.

Though committed to Coleridge's poetry, this book is finally a philosophical meditation on the virtues of melancholy--its particular kind of creativity as well as its psychological depths. Exploring a tortured, luminous mind, Coleridge's Melancholia offers a primer on the search for the ancient ideal of soul.