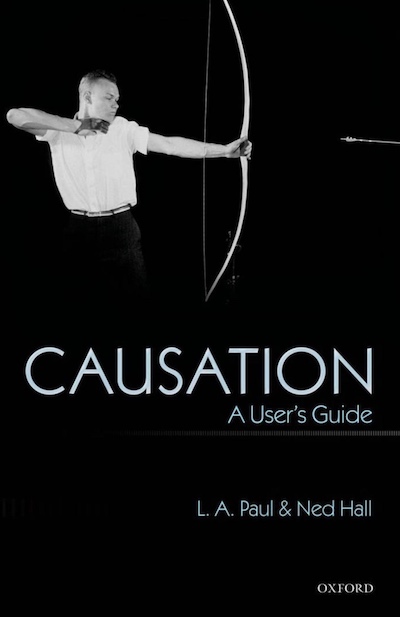 Causation is at once familiar and mysterious. Many believe that the causal relation is not directly observable, but that we nevertheless can somehow detect its presence in the world, and much work in the natural and social sciences relies on our ability to detect it. Yet neither common sense, scientific investigation, nor extensive philosophical debate has led us to anything like agreement on the correct analysis of the concept of causation or an account of the metaphysical nature of the causal relation. Contemporary philosophical debates about causation are driven by opposing motivations, conflicting intuitions, and unarticulated methodological assumptions. Causation: A User’s Guide cuts a clear path through this confusing landscape. The book guides the reader through the most important philosophical treatments of causation, negotiating the terrain by taking a set of examples as landmarks. Special attention is given to counterfactual and related analyses of causation. Using a methodological principle based on the close examination of potential counterexamples, the book clarifies the central themes of the debate about causation, develops an account of the methodological rules one should follow when conducting a philosophical exploration of causation, and covers questions about causation involving omissions or absences, preemption and other species of redundant causation, and the possibility that causation is not transitive. Along the way, the authors examine several contemporary proposals for analyzing the nature of causation and assess their merits and overall methodological cogency, including proposals based on counterfactual analyses, regularities, causal modeling, contrasts, de facto accounts, and transference of conserved quantities. The book is designed to be of value both to trained specialists and those coming to the problem of causation for the first time. It provides the reader with a broad and sophisticated view of the metaphysics of the causal relation.