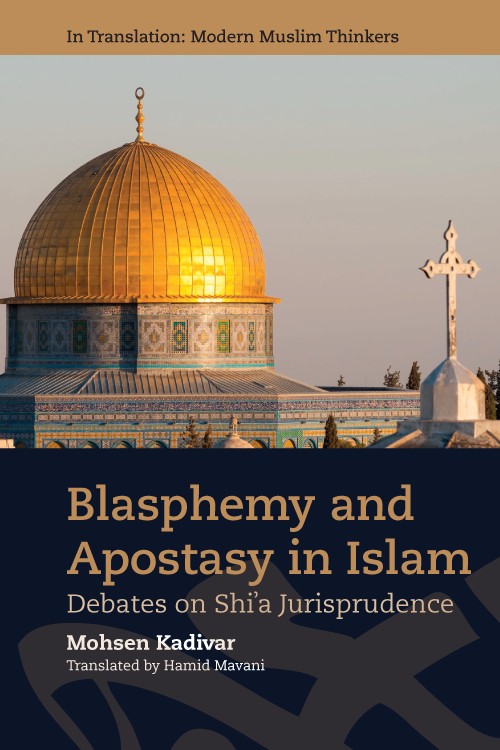 Is it lawful to shed the blood of someone who insults the Prophet Muhammad? Does the Qu’ran stipulate a worldly punishment for apostates? This book tells the gripping story of Rāfiq Taqī, an Azerbaijani journalist and writer, who was condemned to death by an Iranian cleric for a blasphemous news article in 2006.

Delving into the Qu’ran and Hadith – the most sacred sources for all Muslims – Mohsen Kadivar explores the subject of blasphemy and apostasy from the perspective of Shi’a jurisprudence to articulate a polarisation between secularism and extremist religious orthodoxy. In a series of online exchanges, he debates the case with Muhammad Jawad Fazel, the son of Grand Ayatollah Fazel Lankarānī who issued the fatwa pronouncing death penalty on Taqī. While disapproving of the journalist’s writings, Kadivar takes a defensive stance against vigilante murders and asks whether death for apostasy reflects the true spirit of Islam.