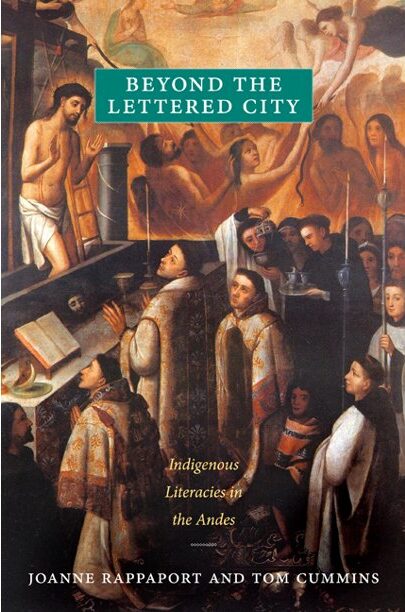 In Beyond the Lettered City, the anthropologist Joanne Rappaport and the art historian Tom Cummins examine the colonial imposition of alphabetic and visual literacy on indigenous groups in the northern Andes. They consider how the Andean peoples received, maintained, and subverted the conventions of Spanish literacy, often combining them with their own traditions. Indigenous Andean communities neither used narrative pictorial representation nor had alphabetic or hieroglyphic literacy before the arrival of the Spaniards. To absorb the conventions of Spanish literacy, they had to engage with European symbolic systems. Doing so altered their worldviews and everyday lives, making alphabetic and visual literacy prime tools of colonial domination. Rappaport and Cummins advocate a broad understanding of literacy, including not only reading and writing, but also interpretations of the spoken word, paintings, wax seals, gestures, and urban design. By analyzing secular and religious notarial manuals and dictionaries, urban architecture, religious images, catechisms and sermons, and the vast corpus of administrative documents produced by the colonial authorities and indigenous scribes, they expand Ángel Rama’s concept of the lettered city to encompass many of those who previously would have been considered the least literate.