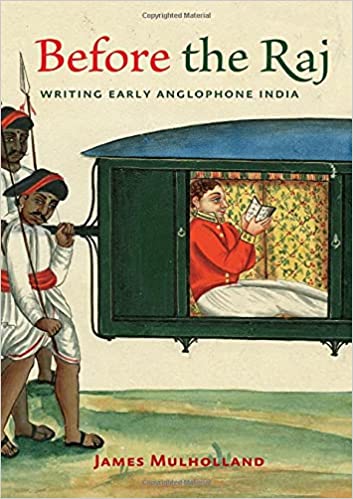 During the later decades of the eighteenth century, a rapid influx of English-speaking Europeans arrived in India with an interest in expanding the creation and distribution of anglophone literature. At the same time, a series of military, political, and economic successes for the British in Asia created the first global crisis to shepherd in an international system of national ideologies. In this study of colonial literary production, James Mulholland proposes that the East India Company was a central actor in the institutionalization of anglophone literary culture in India. The EIC drew its employees from around the British Isles, bringing together people with a wide variety of ethnic and national origins. Its cultural infrastructure expanded from presses and newspapers to poetry collections, letters, paper-making and selling, circulating libraries, and amateur theaters.

Recovering this rich archive of documents and activities, Mulholland shows how regional reading and writing reflected the knotty geopolitical situation and the comingling of Anglo and Indian cultures at a moment when the subcontinent's colonial future was not yet clear. He shows why Anglo-Indian literary publics cohered during this period, reexamining the relationship between writing in English and imperial power in a way that moves beyond the easy correspondence of literature as an instrument of empire. Tracing regional and "translocal" links among Madras, Calcutta, Bombay, and settlements surrounding the Bay of Bengal, Before the Raj recovers a network of authors, reading publics, and corporate agents to demonstrate that anglophone literature adapted itself to geographical politics and social circumstances, rather than being simply imitative of the works produced in the English metropole.

Mulholland introduces readers to figures like the Calcutta-born Eyles Irwin, the first man to sustain a literary career from India. We also meet James Romney, an army officer who wrote poems and plays, including a stage adaptation of Tristram Shandy. Alongside these men were anonymous female poets, hailed as the harbingers of an "anglo-asiatic taste," and captive adolescent Europeans who, caught up in the conflict with southern India's last independent ruler, Tipu Sultan, were forcibly converted to Islam, castrated, and made to cross-dress as "dancing boys" for Tipu's entertainment. Revealing the vibrant literary culture that existed long before the characters of Rudyard Kipling's best-known works, Before the Raj reveals how these writers operated within a web of colonial cities and trading outposts that borrowed from one another and produced vital interlinked aesthetics.