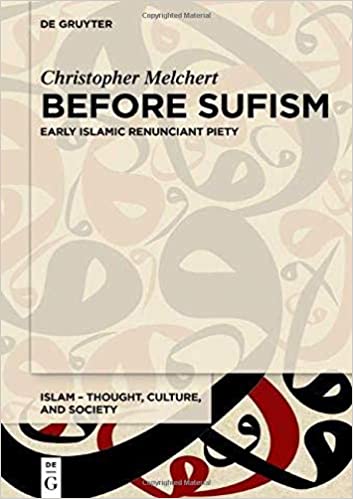 Christopher Melchert proposes to historicize Islamic renunciant piety (zuhd). As the conquest period wound down in the early eighth century c.e., renunciants set out to maintain the contempt of worldly comfort and loyalty to a greater cause that had characterized the community of Muslims in the seventh century. Instead of reckless endangerment on the battlefield, they cultivated intense fear of the Last Judgement to come. They spent nights weeping, reciting the Qur’an, and performing supererogatory ritual prayers. They stressed other-worldliness to the extent of minimizing good works in this world. Then the decline of tribute from the conquered peoples and conversion to Islam made it increasingly unfeasible for most Muslims to keep up any such régime. Professional differentiation also provoked increasing criticism of austerity. Finally, in the later ninth century, a form of Sufism emerged that would accommodate those willing and able to spend most of their time on religious devotions, those willing and able to spend their time on other religious pursuits such as law and hadith, and those unwilling or unable to do either.