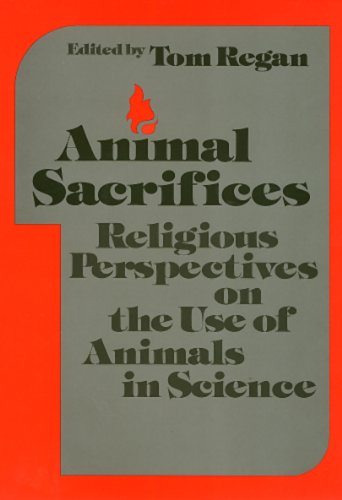 The issues of animal rights and the use of animals in scientific experimentation are fraught with controversy. In an effort to define the bases of such strong emotional response towards an ethical issue, this book presents the teachings of the major religions of the world concerning animals and, more specifically, their use in science. Judaism, Christianity, Islam, Hinduism, Jainism, Buddhism, and Confucianism are represented in this collection of eight essays by religious authorities.

Scriptural writings, written and oral tradition, law, religious parables, and even folklore are used to illustrate the position of each religion on this question. When there are no specific teachings regarding the relatively recent use of animals in scientific research, conclusions are derived from the view of man's relations with the rest of the world.

In addition to the essays dealing with specific religions, there is also a chapter detailing recent uses of animals in scientific research throughout the world. It is estimated that 500 million animals a year are sacrificed to science. This volume attempts to find out for what purposes they are used, under what conditions, and with what legal protection.

Based on a conference which explored the views of religion toward scientific experimentation on animals, this collection of essays addresses an explosive issue from a number of different perspectives. Animal Sacrifices is a fair-minded and informative discussion of a contemporary ethical dilemma.