Chicago: The University of Chicago Press, 2021 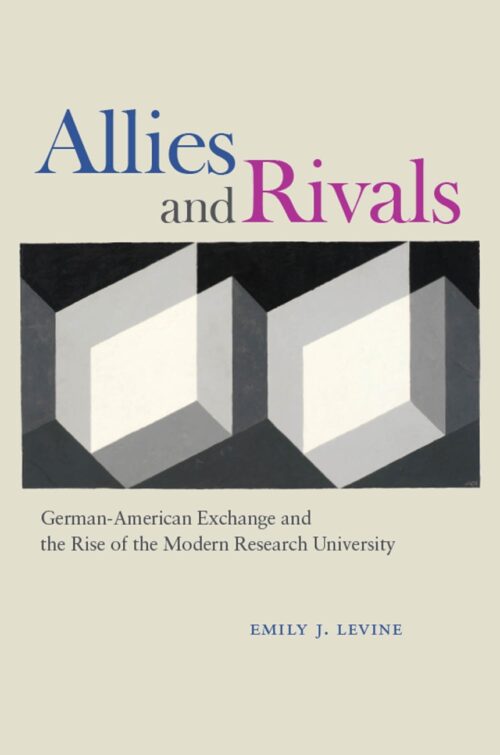 During the nineteenth century, nearly ten thousand Americans traveled to Germany to study in universities renowned for their research and teaching. By the mid-twentieth century, American institutions led the world. How did America become the center of excellence in higher education? And what does that story reveal about who will lead in the twenty-first century?

Allies and Rivals is the first history of the ascent of American higher education seen through the lens of German-American exchange. In a series of compelling portraits of such leaders as Wilhelm von Humboldt, Martha Carey Thomas, and W. E. B. Du Bois, Emily J. Levine shows how academic innovators on both sides of the Atlantic competed and collaborated to shape the research university. Even as nations sought world dominance through scholarship, universities retained values apart from politics and economics. Open borders enabled Americans to unite the English college and German PhD to create the modern research university, a hybrid now replicated the world over.

In a captivating narrative spanning one hundred years, Levine upends notions of the university as a timeless ideal, restoring the contemporary university to its rightful place in history. In so doing she reveals that innovation in the twentieth century was rooted in international cooperation—a crucial lesson that bears remembering today.