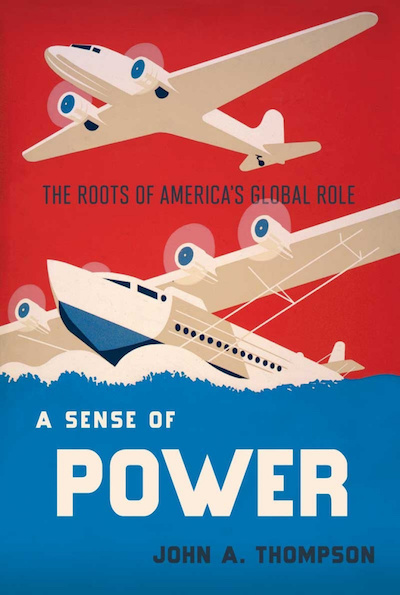 Why has the United States assumed so extensive and costly a role in world affairs over the last hundred years? The two most common answers to this question are "because it could" and "because it had to." Neither answer will do, according to this challenging re-assessment of the way that America came to assume its global role. The country's vast economic resources gave it the capacity to exercise great influence abroad, but Americans were long reluctant to meet the costs of wielding that power. Neither the country's safety from foreign attack nor its economic well-being required the achievement of ambitious foreign policy objectives.In A Sense of Power, John A. Thompson takes a long view of America's dramatic rise as a world power, from the late nineteenth century into the post–World War II era. How, and more importantly why, has America come to play such a dominant role in world affairs? There is, he argues, no simple answer. Thompson challenges conventional explanations of America's involvement in World War I and World War II, seeing neither the requirements of national security nor economic interests as determining. He shows how American leaders from Wilson to Truman developed an ever more capacious understanding of the national interest, and why by the 1940s most Americans came to support the price tag, in blood and treasure, attached to strenuous efforts to shape the world. The beliefs and emotions that led them to do so reflected distinctive aspects of U.S. culture, not least the strength of ties to Europe. Consciousness of the nation’s unique power fostered feelings of responsibility, entitlement, and aspiration among the people and leaders of the United States.This original analysis challenges some widely held beliefs about the determinants of United States foreign policy and will bring new insight to contemporary debates about whether the nation should—or must—play so active a part in world politics.