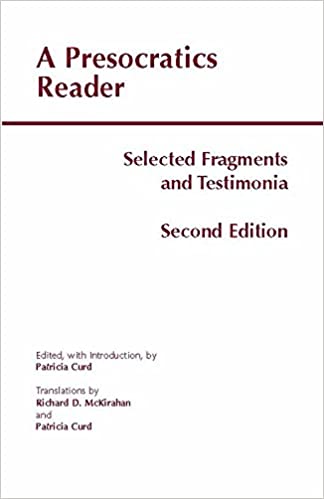 Building on the virtues that made the first edition of A Presocratics Reader the most widely used sourcebook for the study of the Presocratics and Sophists, the second edition offers even more value and a wider selection of fragments from these philosophical predecessors and contemporaries of Socrates.

With revised introductions, annotations, suggestions for further reading, and more, the second edition draws on the wealth of new scholarship published on these fascinating thinkers over the past decade or more, a remarkably rich period in Presocratic studies.

At the volume’s core, as ever, are the fragments themselves—but now in thoroughly revised and, in some cases, new translations by Richard D. McKirahan and Patricia Curd, among them those of the recently published Derveni Papyrus.