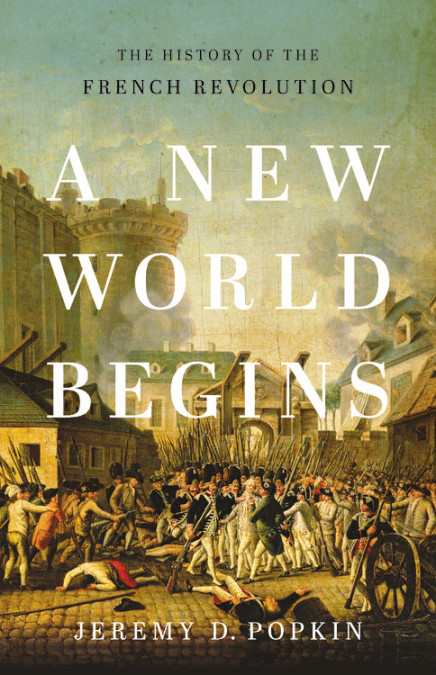 The principles of the French Revolution remain the only possible basis for a just society — even if, after more than two hundred years, they are more contested than ever before. In A New World Begins, Jeremy D. Popkin offers a riveting account of the revolution that puts the reader in the thick of the debates and the violence that led to the overthrow of the monarchy and the establishment of a new society. We meet Mirabeau, Robespierre, and Danton, in all of their brilliance and vengefulness; we witness the failed escape and execution of Louis XVI; we see women demanding equal rights and black slaves wresting freedom from revolutionaries who hesitated to act on their own principles; and we follow the rise of Napoleon out of the ashes of the Reign of Terror.

Based on decades of scholarship, A New World Begins will stand as the definitive treatment of the French Revolution.