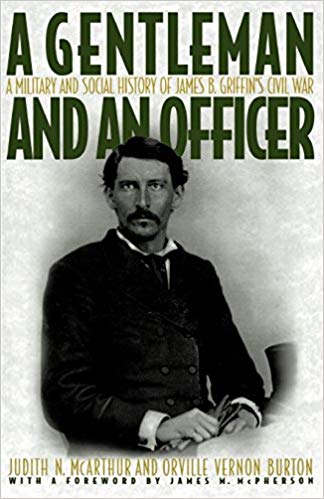 In 1861, James B. Griffin left Edgefield, South Carolina, and rode off to Virginia to take up duty with the Confederate Army. He was thirty-five years old, a wealthy planter, and the owner of sixty-one slaves when he joined Wade Hampton's elite Legion as a major of cavalry. This book features eighty of Griffin's letters written at the Virginia front, and during later postings on the South Carolina coast, to his wife Leila Burt Griffin. The letters encompass Griffin's entire Civil War service, detailing living conditions and military maneuvers, the jockeying for position among officers, and the different ways in which officers and enlisted men interacted. The letters shed light on the life of a middle officer—a life of extreme military hardship, complicated further by the need for reassurance about personal valor and status common to men of the southern gentry. Griffin describes secret troop movements, such as the Hampton Legion's role in the Peninsula Campaign. Here he relates the march from Manassas to Fredricksburg, the siege of Yorktown and the retreat to Richmond, and the fighting at Eltham's landing and Seven Pines, where Griffin commanded the Legion after Hampton was wounded. Griffin recounts day-to-day issues, from the weather to gossip. Monumental historical events sent Griffin off to war but his heartfelt considerations were about his family, his community, and his own personal pride. Griffin's letters present the Civil War as the ordeal by fire that tested and verified—or modified—Southern upperclass values.