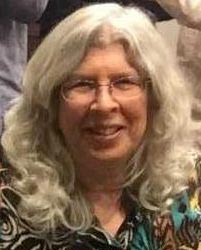 In January 2008, UN Secretary-General Ban Ki-Moon warned about the consequences of inadequate water resources: “Water scarcity threatens economic and social gains and is a potent fuel for wars and conflict.” Water is essential for life everywhere. Although that seems a simple enough statement, its implications are overwhelming, especially for an arid zone like the Middle East. Rivers that cross borders have already resulted in conflicts between Israel and its neighbors, while Turkey’s development project dams have created thirst in Syria. Iran and Iraq struggled over the river that forms a boundary between their two countries, and Saddam Hussein used flooding to punish his adversaries in the south of Iraq. Today, as Saudi Arabia purchases land in Africa to grow its “own” food, and Egyptian leaders threaten war against Ethiopia if the Greater Ethiopian Renaissance Dam limits their access, access to water continues trouble policymakers. This webinar will offer a historian’s views on this crucial environmental resource as it has influenced the history of the region.