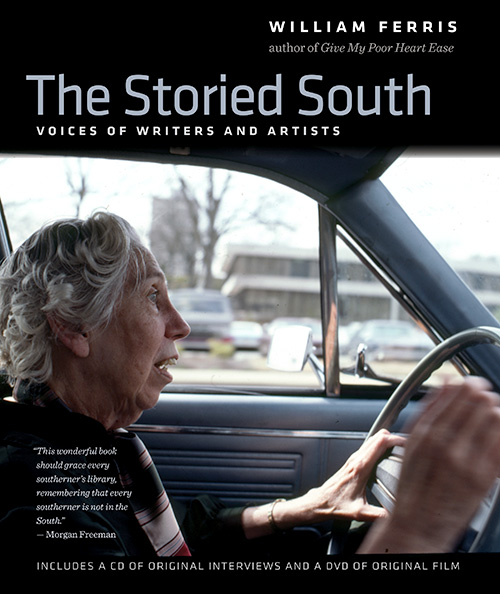 Over the past fifty years, folklorist William Ferris has documented Southern culture, compiling a remarkable archive of images and stories from the South’s most accomplished writers and artists—Eudora Welty, Alice Walker, Pete Seeger, C. Vann Woodward, and many others.

In 2013, he shared his collection in the acclaimed book The Storied South: Voices of Writers and Artists and his images have been subsequently featured in an exhibit of the same name, which travels this fall to the National Humanities Center. In his talk, Ferris will discuss these distinctive figures whose work has informed American notions of the South and Southerners.

William Ferris is Joel R. Williamson Eminent Professor of History at UNC–Chapel Hill, an adjunct professor in the Curriculum in Folklore, associate director of the Center for the Study of the American South, and is widely recognized as a leader in Southern studies, African-American music and folklore. He is the former chairman of the National Endowment for the Humanities (NEH). Prior to his role at NEH, Ferris served as the founding director of the Center for the Study of Southern Culture at the University of Mississippi, where he was a faculty member for 18 years. He has written and edited ten books and created fifteen documentary films, most of which deal with African-American music and other folklore representing the Mississippi Delta. He co-edited the Pulitzer Prize nominee Encyclopedia of Southern Culture (UNC Press, 1989), which contains entries on every aspect of Southern culture and is widely recognized as a major reference work linking popular, folk, and academic cultures.