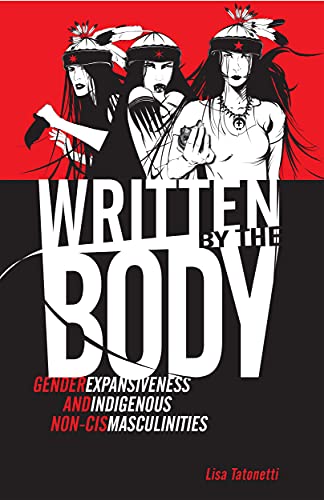 Within Native American and Indigenous studies, the rise of Indigenous masculinities has engendered both productive conversations and critiques. Lisa Tatonetti intervenes in this conversation with Written by the Body by centering how female, queer, and/or Two-Spirit Indigenous people take up or refute masculinity and, in the process, offer more expansive understandings of gender.

Written by the Body moves from the eighteenth- and nineteenth-century archive to turn-of-the-century and late-twentieth-century fiction to documentaries, HIV/AIDS activism, and, finally, recent experimental film and literature. Across it all, Tatonetti shows how Indigenous gender expansiveness, and particularly queer and non-cis gender articulations, moves between and among Native peoples to forge kinship, offer protection, and make change. She charts how the body functions as a somatic archive of Indigenous knowledge in Native histories, literatures, and activisms—exploring representations of Idle No More in the documentary Trick or Treaty, the all-female wildland firefighting crew depicted in Apache 8, Chief Theresa Spence, activist Carole laFavor, S. Alice Callahan, Thirza Cuthand, Joshua Whitehead, Carrie House, and more.

In response to criticisms of Indigenous masculinity studies, Written by the Body de-sutures masculinity from the cis-gendered body and investigates the ways in which female, trans, and otherwise nonconforming masculinities carry the traces of Two-Spirit histories and exceed the limitations of settler colonial imaginings of gender.