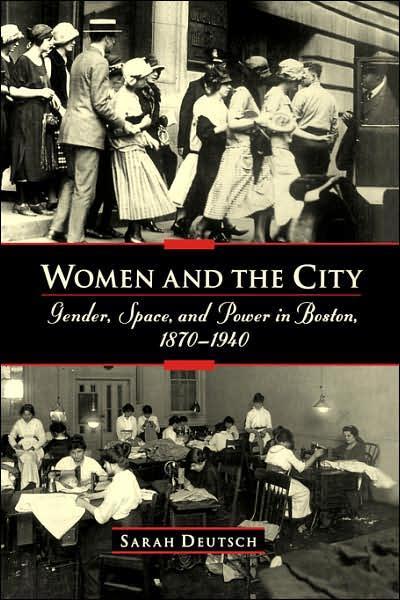 In the 70 years between the Civil War and World War II, the women of Boston changed the city dramatically. From anti-spitting campaigns and demands for police mothers to patrol local parks, to calls for a decent wage and living quarters, women rich and poor, white and black, immigrant and native-born struggled to make a place for themselves in the city. Now, in Women and the City historian Sarah Deutsch tells this story for the first time, revealing how they changed not only the manners but also the physical layout of the modern city.
Deutsch shows how the women of Boston turned the city from a place with no respectable public space for women, to a city where women sat on the City Council and met their beaux on the street corners. The book follows the efforts of working-class, middle-class, and elite matrons, working girls and "new women" as they struggled to shape the city in their own interests. And in fact they succeeded in breathtaking fashion, rearranging and redefining the moral geography of the city, and in so doing broadening the scope of their own opportunities. But Deutsch reveals that not all women shared equally in this new access to public space, and even those who did walk the streets with relative impunity and protested their wrongs in public, did so only through strategic and limited alliances with other women and with men.
A penetrating new work by a brilliant young historian, Women and the City is the first book to analyze women's role in shaping the modern city. It casts new light not only on urban history, but also on women's domestic lives, women's organizations, labor organizing, and city politics, and on the crucial connections between gender, space, and power.