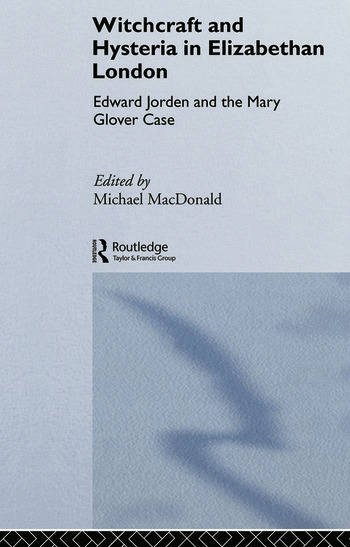 Witchcraft was at its height in Elizabethan London. Edward Jorden showed that hysteria and not demons lay behind the witch-craze.
Edward Jorden's Briefe Discourse of a Disease Called the Suffocation of the Mother (1603) is said to have reclaimed the demoniacally possessed for medicine and to have introduced the concept of hysteria into English psychiatry. The aim of this book is to reassess the reasons why Jorden wrote his famous pamphlet and to set it in its actual historical context.
This book brings Jorden's pamphlet together with two works by Jorden's adversaries, John Swann's A True and Breife Report of Mary Glovers Vexation and Stephen Bradwell's `Mary Glovers late Woeful Case', which has never before been published. Both of these concern the incident that provoked Jorden's Briefe Discourse, and they show that his pamphlet was in fact prompted by a bitter religious and political controversy over the case.
Michael MacDonald, in his introduction provides a fresh and realistic analysis of the politics of credulity and scepticism in early modern England and Jorden's part in them.