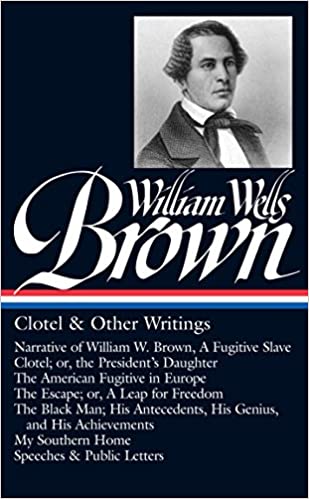 Born a slave and kept functionally illiterate until he escaped at age nineteen, William Wells Brown refashioned himself first as an agent of the Underground Railroad and then as an antislavery activist and self-taught orator and author, eventually becoming a foundational figure of African American literature. The Library of America presents the most comprehensive edition of Brown’s writing ever published, an extraordinary collection of landmark works that together give voice to his passionate commitment to freedom and equality.

The volume is rounded out with eighteen speeches and letters from Brown’s public career, most previously uncollected, dealing with abolition, party politics, black history, Reconstruction and civil rights, and temperance. Detailed explanatory notes identify Brown’s many quotations and allusions throughout.