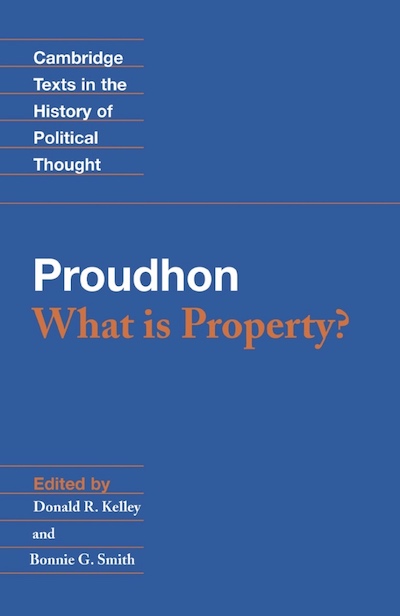 This is a 1994 translation of one of the classics of the traditions of anarchism and socialism. Pierre-Joseph Proudhon was a contemporary of Marx and one of the most acute, influential and subversive critics of modern French and European society. His What is Property? (1840) produced the answer 'Property is theft'; the book itself has become a classic of political thought through its wide-ranging and deep-reaching critique of private property as at once the essential institution of Western culture and the root cause of greed, corruption, political tyranny, social division and violation of natural law. A critical and historical introduction situates Proudhon's 'diabolical work' (as he called it) in the context of nineteenth-century social and legal controversy and of the history of political thought in general