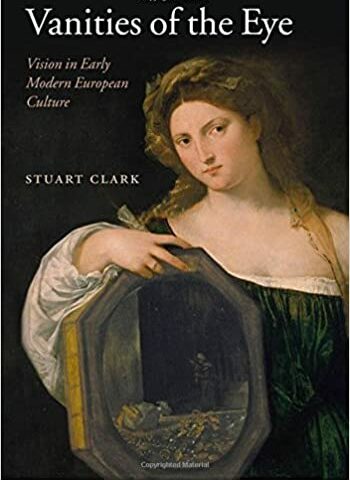 Vanities of the Eye investigates the cultural history of the senses in early modern Europe, a time in which the nature and reliability of human vision was the focus of much debate. In medicine, art theory, science, religion, and philosophy, sight came to be characterized as uncertain or paradoxical--mental images no longer resembled the external world. Was seeing really believing?

Stuart Clark explores the controversial debates of the time--from the fantasies and hallucinations of melancholia, to the illusions of magic, art, demonic deceptions, and witchcraft. The truth and function of religious images and the authenticity of miracles and visions were also questioned with new vigor, affecting such contemporary works as Macbeth-- a play deeply concerned with the dangers of visual illusion. Clark also contends that there was a close connection between these debates and the ways in which philosophers such as Descartes and Hobbes developed new theories on the relationship between the real and virtual.

Original, highly accessible, and a major contribution to our understanding of European culture, Vanities of the Eye will be of great interest to a wide range of historians and anyone interested in the true nature of seeing.