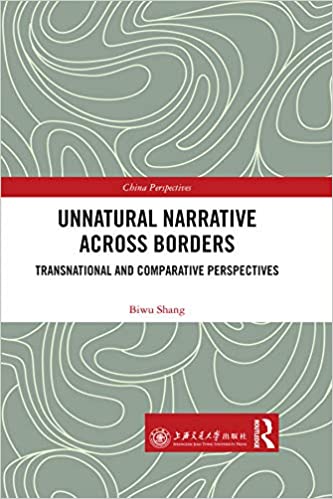 This book actively engages with current discussion of narratology, and unnatural narrative theory in particular. Unsatisfied with the hegemony of European and Anglo-American narrative theory, it calls for a transnational and comparative turn in unnatural narrative theory, the purpose of which is to draw readers’ attention to those periphery and marginalized narratives produced in places other than England and America. It places equal weight on theoretical exploration and critical practice. The book, in addition to offering a detailed account of current scholarship of unnatural narratology, examines its core issues and critical debates as well as outlining a set of directions for its future development.

To present a counterpart of Western unnatural narrative studies, this book specifically takes a close look at the experimental narratives in China and Iraq either synchronically or diachronically. In doing so, it aims, on the one hand, to show how the unnatural narratives are written and to be explained differently from those Western unnatural narrative works, and on the other hand, to use the particular cases to challenge the existing narratological framework so as to further enrich and supplement it. The book will be useful and inspiring to those scholars working in such broad fields as narrative theory, literary criticism, cultural studies, semiotics, media studies, and comparative literature and world literature studies.