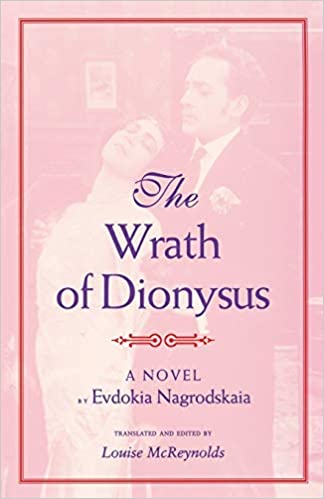 Evdokia Nagrodskaia's novel The Wrath of Dionysus, with its theme of gender roles and sexual identity, became a sensational and controversial bestseller soon after it hit Russian bookstores in 1910. Long before postmodernism suggested that gender was a social construct rather than a biological absolute, Nagrodskaia's novel put this issue before middle-class Russian audiences hungry for popular fiction.