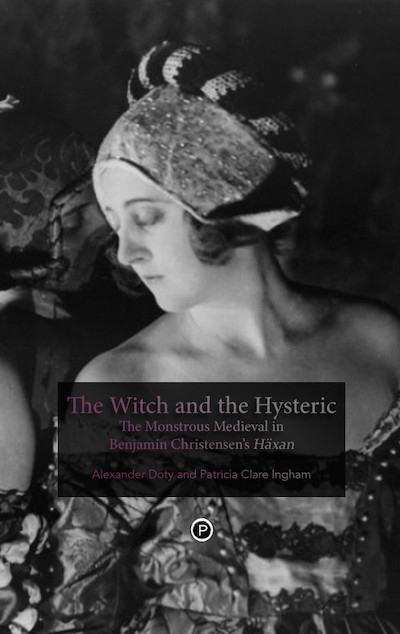 Benjamin Christensen’s 1922 Swedish/Danish film Häxan (known under its English title as Witchcraft Through the Ages) has entranced, entertained, shocked, and puzzled audiences for nearly a century. The film mixes documentary with fantasy, history with theatrics, religion and science, the medieval past and modern culture. This uncanny content is compounded by the film’s formal strangeness, a mixture of quasi-documentary with fictional episodes, illustrated lectures alongside docudrama recreations and dreamscapes.  Is this a documentary, a horror flick, or both? In this chapbook, authors Doty and Ingham argue that the puzzle of Christensen’s Häxan might be unraveled by attending to the film’s provocative and paradoxical medievalism, its fantasmatic rendering of the witch as a medieval monster. Such monstrous medievalism, moreover, sheds considerable light on the politics of gender and culture once the witch is rendered a female figure in a time out-of-joint.