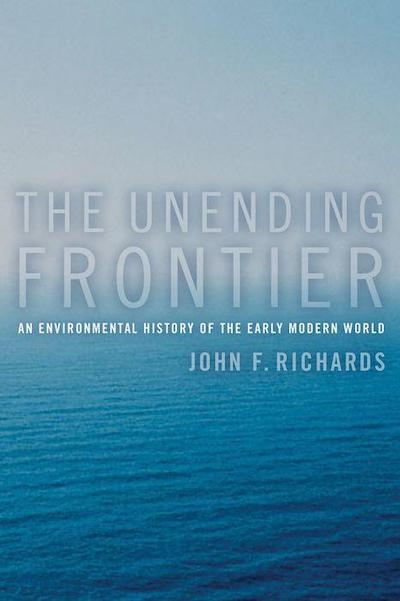 It was the age of exploration, the age of empire and conquest, and human beings were extending their reach—and their numbers—as never before. In the process, they were intervening in the world's natural environment in equally unprecedented and dramatic ways. A sweeping work of environmental history, The Unending Frontier offers a truly global perspective on the profound impact of humanity on the natural world in the early modern period.

John F. Richards identifies four broadly shared historical processes that speeded environmental change from roughly 1500 to 1800 c.e.: intensified human land use along settlement frontiers; biological invasions; commercial hunting of wildlife; and problems of energy scarcity. The Unending Frontier considers each of these trends in a series of case studies, sometimes of a particular place, such as Tokugawa Japan and early modern England and China, sometimes of a particular activity, such as the fur trade in North America and Russia, cod fishing in the North Atlantic, and whaling in the Arctic. Throughout, Richards shows how humans—whether clearing forests or draining wetlands, transporting bacteria, insects, and livestock; hunting species to extinction, or reshaping landscapes—altered the material well-being of the natural world along with their own.