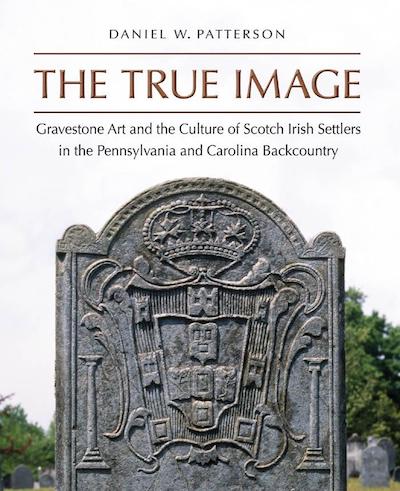 A thousand unique gravestones cluster around old Presbyterian churches in the piedmont of the two Carolinas and in central Pennsylvania. Most are the vulnerable legacy of three generations of the Bigham family, Scotch Irish stonecutters whose workshop near Charlotte created the earliest surviving art of British settlers in the region. In The True Image, Daniel Patterson documents the craftsmanship of this group and the current appearance of the stones. In two hundred of his photographs, he records these stones for future generations and compares their iconography and inscriptions with those of other early monuments in the United States, Northern Ireland, and Scotland.

Combining his reading of the stones with historical records, previous scholarship, and rich oral lore, Patterson throws new light on the complex culture and experience of the Scotch Irish in America. In so doing, he explores the bright and the dark sides of how they coped with challenges such as backwoods conditions, religious upheavals, war, political conflicts, slavery, and land speculation. He shows that headstones, resting quietly in old graveyards, can reveal fresh insights into the character and history of an influential immigrant group.