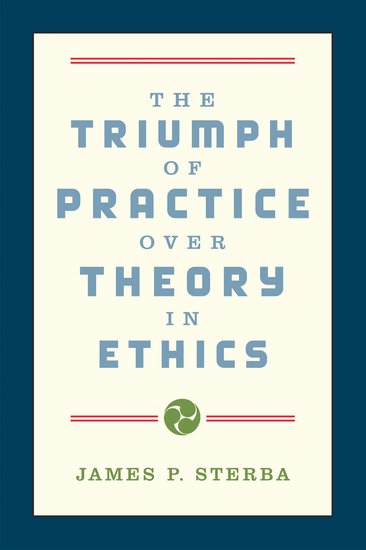 Aristotelian ethics, Kantian ethics, and utilitarian ethics have been for some time now the main options within (Western) ethics, and the central task over the years has been to determine which of the three is right. Is this book yet another attempt to fulfill this same old task? Not at all. Sterba argues that in their ongoing attempts to put forward for general consideration the most morally defensible versions of their views, advocates of Aristotelian ethics, Kantian ethics, and utilitarian ethics have jettisoned much of what had originally distinguished their theories from each other. The upshot is that, in their current most morally defensible formulations, Aristotelian ethics, Kantian ethics, and utilitarian ethics no longer differ in the practical requirements they endorse. This makes the resolution of moral problems far easier. Sterba drives home his claims by taking up some of the most challenging and important moral problems of our time--sexual harassment, affirmative action, and international terrorism and Iraqi War II. This book is an ideal supplementary text for courses in introductory ethics, history of ethics, contemporary moral problems, and various applied ethics courses. Featuring a lucid writing style and coverage of current moral issues, it is also captivating reading for general readers.