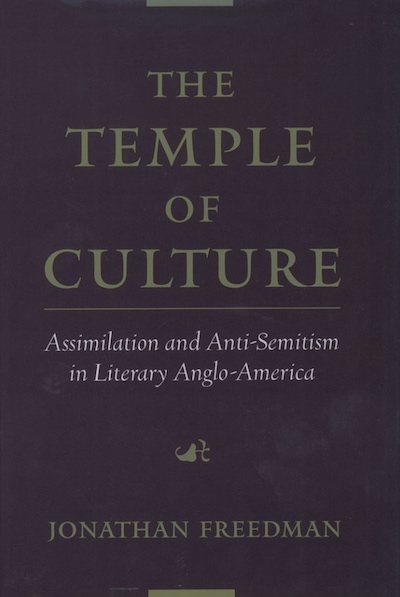 From the beginning of modern intellectual history to the culture wars of the present day, the experience of assimilating Jews and the idiom of "culture" have been fundamentally intertwined with each other. Freedman's book begins by looking at images of the stereotypical Jew in the literary culture of nineteenth- and twentieth-century England and America, and then considers the efforts on the part of Jewish critics and intellectuals to counter this image in the public sphere. It explores the unexpected parallels and ironic reversals between a cultural dispensation that had ambivalent responses to Jews and Jews who became exponents of that very tradition.