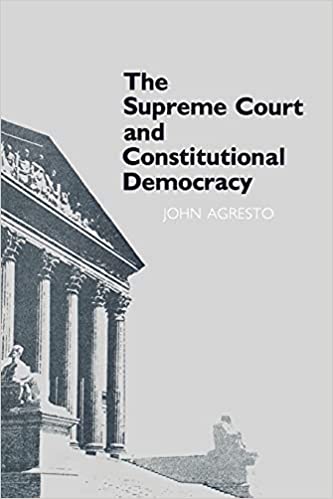 In The Supreme Court and Constitutional Democracy John Agresto traces the development of American judicial power, paying close attention to what he views as the very real threat of judicial supremacy. Agresto examines the role of the judiciary in a democratic society and discusses the proper place of congressional power in constitutional issues. Agresto argues that while the separation of congressional and judicial functions is a fundamental tenet of American government, the present system is not effective in maintaining an appropriate balance of power. He shows that continued judicial expansion, especially into the realm of public policy, might have severe consequences for America's national life and direction, and offers practical recommendations for safeguarding against an increasingly powerful Supreme Court. John Agresto's controversial argument, set in the context of a historical and theoretical inquiry, will be of great interest to scholars and students in political science and law, especially American constitutional law and political theory.