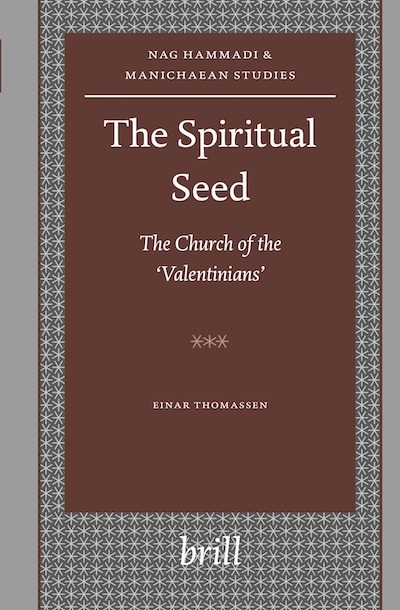 This book is a comprehensive study of “Valentinianism,” the most important Gnostic Christian movement in Antiquity. It is the first attempt to make full use of the Valentinian documents from Nag Hammadi as well as the reports of the Church Fathers.

The book discusses the difference between the Eastern and the Western branches of Valentinianism, and argues that individual sources must always be understood in the context of the historical development of Valentinian doctrines. It also analyses the ideas about the incarnation, protological theories, and initiation practice, as well as the dynamic relationship between these building-blocks of Valentinian doctrine. A final chapter studies anew the doctrine of Valentinus himself and outlines the history of the movement.

The book’s usefulness lies in its attempt to bring together for the first time all the sources so as to construct a coherent picture of Valentinian Christianity.