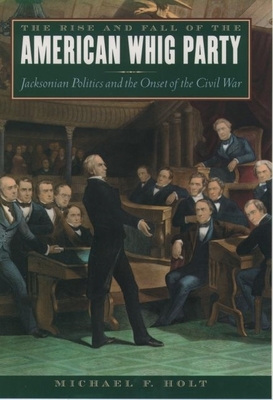 Here, Michael F. Holt gives us the only comprehensive history of the Whigs ever written. He offers a panoramic account of the tumultuous antebellum period, a time when a flurry of parties and larger-than-life politicians--Andrew Jackson, John C. Calhoun, Martin Van Buren, and Henry Clay--struggled for control as the U.S. inched towards secession. It was an era when Americans were passionately involved in politics, when local concerns drove national policy, and when momentous political events--like the Annexation of Texas and the Kansas-Nebraska Act--rocked the country. Amid this contentious political activity, the Whig Party continuously strove to unite North and South, emerging as the nation's last great hope to prevent secession.