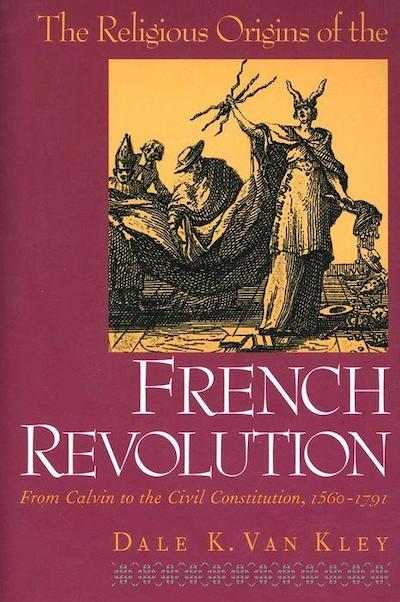 Although the French Revolution is associated with efforts to dechristianize the French state and citizens, it actually had long-term religious—even Christian—origins, claims Dale Van Kley in this controversial new book. Looking back at the two and a half centuries that preceded the revolution, Van Kley explores the diverse, often warring religious strands that influenced political events up to the revolution.

Van Kley draws on a wealth of primary sources to show that French royal absolutism was first a product and then a casualty of religious conflict. On the one hand, the religious civil wars of the sixteenth century between the Calvinist and Catholic internationals gave rise to Bourbon divine-right absolutism in the seventeenth century. On the other hand, Jansenist-related religious conflicts in the eighteenth century helped to "desacralize" the monarchy and along with it the French Catholic clergy, which was closely identified with Bourbon absolutism. The religious conflicts of the eighteenth century also made a more direct contribution to the revolution, for they left a legacy of protopolitical and ideological parties (such as the Patriot party, a successor to the Jansenist party), whose rhetoric affected the content of revolutionary as well as counterrevolutionary political culture. Even in its dechristianizing phase, says Van Kley, revolutionary political culture was considerably more indebted to varieties of French Catholicism than it realized.