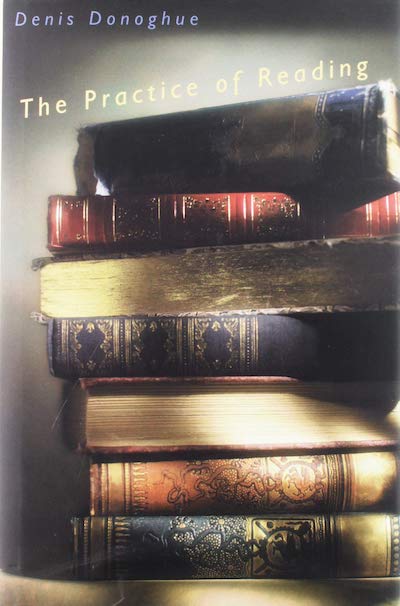 This lucid and elegantly written book is a sustained conversation about the nature and importance of literary interpretation. Distinguished critic Denis Donoghue argues that we must read texts closely and imaginatively, as opposed to merely or mistakenly theorizing about them. He shows what serious reading entails by discussing texts that range from Shakespeare's plays to a novel by Cormac McCarthy.

Donoghue begins with a personal chapter about his own early experiences reading literature while he was living and teaching in Ireland. He then deals with issues of theory, focusing on the validity of different literary theories, on words and their performances, on the impingement of oral and written conditions of reading, and on such current forces as technology and computers that impinge on the very idea of reading. Finally he examines certain works of literature: Shakespeare’s Othello and Macbeth, Swift’s Gulliver's Travels, a passage from Wordsworth’s The Prelude, a chapter of Joyce’s Ulysses, Yeats’s "Leda and the Swan" and "Coole and Ballylee, 1931," and Cormac McCarthy’s Blood Meridian demonstrating what these texts have in common and how they must be differentiated through a sympathetic, imaginative, and informed reading.