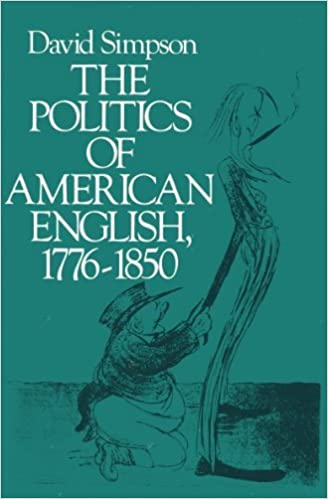 Language, its nature, and its uses have always been controversial topics. This engaging study brings into focus those highly charged years in America Between 1776 and 1850 when questions of language mirrored the social and political arguments of the time and generated even more arguments on both sides of the Atlantic over what American English was, what it might become, and what it ought to be. With a strong narrative line, The Politics of American English shows that by the middle of the 19th century, America had a version of English recognizably its own. To explain how this happened and why, Simpson alternates between theoretical questions of language and the way these questions make themselves felt in literature. His premise, that language is an important organizing principle in the life of human beings, one that is experienced individually as well a collectively, is brilliantly set forth.