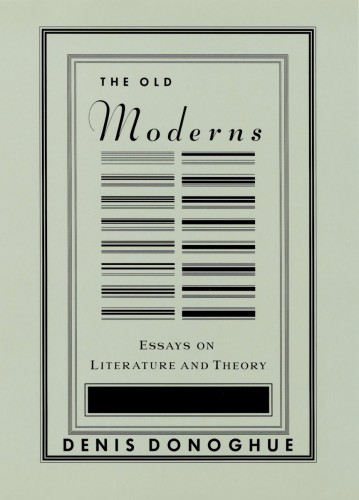 Denis Donoghue does not go in search of a fight. He is, among critics, notable for his tact and genial temperament. But by setting aside his own bearing in favor of the bearing of his object, he produces an artifact that rebukes certain competing reports. And thus it is with his consideration of Modernism in the present selection of essays, wherein he makes quick work of the conventional claim that in Modernism an event, or a cause whose consequences can be enumerated, is in evidence. Instead, Donoghue declares Modernism "a stance, an attitude, a choice", further asserting that "it is not necessary to be modern". Nor is it necessary for a critic to be dogmatic or to make theoretical hauteur his game. It is in his rejection of the allure of dogmatism that Donoghue discovers the difficulty of the task before him; for to make any headway, he must take "one meaning of Modernism and ... put up with the embarrassment of knowing that a different account of it would be just as feasible".