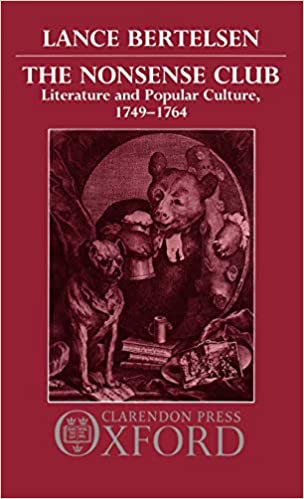 The Nonsense Club was a group of five friends and writers--Charles Churchill, Bonnell Thornton, George Colman, William Cowper, and Robert Lloyd--who wrote and edited numerous periodicals, produced a distinctive and often brilliant satirical poetry, engaged in virulent theatrical and literary battles, and participated in the most important domestic political debate of their time. In this first comprehensive study of the group, Lance Bertelsen uses interdisciplinary methods to create a more complex understanding of the relationship between literature and culture in the era of Hogarth, Johnson, and Wilkes.