The Myth of the Nation and the Vision of Revolution: The Origins of Ideological Polarisation in the Twentieth Century - National Humanities Center 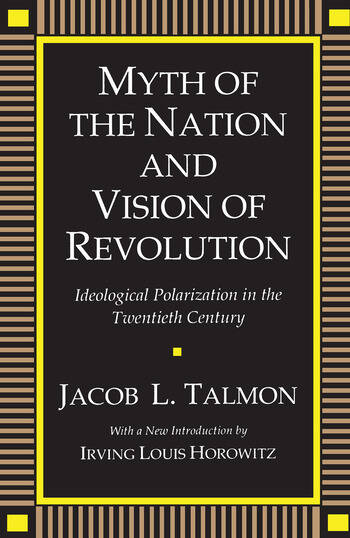 In what may well rank as the finest political and intellectual history of the twentieth century, the late J. L. Talmon explores the origins of the schism within European society between the totalitarians of Right and Left as well as the split between an acceptance of the historical national community as the natural political and social framework and the vision of a socialist society achieved by a universal revolutionary breakthrough. This, the third and final volume of Talmon's history of the modern world, brings to bear the resources of his incisive scholarship to examine the workings of the ironies of totalitarianism as well as the resources of democracy.