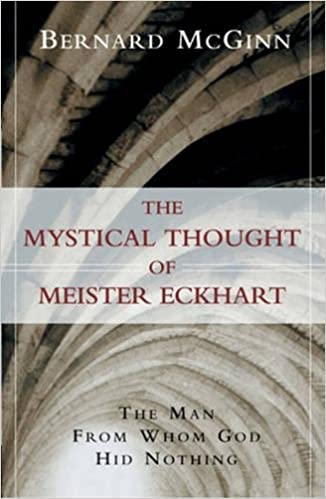 "Perhaps no mystic in the history of Christianity has been more influential and more controversial than the Dominican Meister Eckhart. Few, if any mystics have been as challenging to modern readers and as resistant to agreed-upon interpretation."

So begins McGinn's much lauded introduction to the intriguing preacher and philosopher. After 40 years of researching, translating, and writing about Meister Eckhart, McGinn brings a particularly fine-tuned sensibility to the discussion of the work of the great mystic.

McGinn shares the details that are known about Eckhart's life and considers the problems involved in interpreting his work. He points toward a characterization of Eckhart's theology as a mysticism of the ground or "grunt" and discusses how this term communicates a central tenet of Eckhart's thinking.  The author's sensitivity to Eckhart's terms and language, and breadth of knowledge about his subject make this work an especially accessible and invigorating introduction to the Dominican master.